ProjectE4E is the codename for EVANGELION: You can (not) amend., Manga. ‘E’ stands for “END”, ‘4’ stands for the 4th iteration of the final EVANGELION rebuild tetralogy, and for the word “For”. The last ‘E’ stands for “EVA”. In summary, it means “END FOR EVA.” This project by no means is an official product. This is a passion-based project and non-profit. The purpose of this project is to pay tribute to the EVA series and as a supplement and complementary content for the fans, by the fans. The project is also a commentary of the Otaku and especially the EVA fan base. Teaching them the themes of change, adversity, and acceptance of reality, and many others.

Our goal is to make funs understand EVA and their interactions with media. We really hope people will learn from the themes we present in the story or at least realize them.

The lesson is that the fact that becoming an adult and learning to be in reality are things that can only be done by living actively in it, taking responsibility for one’s choices and the consequences that derive from them. There are no other methods or shortcuts. Changes are part of life and if you have taken a wrong path you cannot magically bring it all back, to do it all over again, and neither can you put yourself above the parts; you have to choose to change starting from the situation in which you find yourself. Choices involve refusals and renunciations, you cannot keep everything, you cannot let go of anything, life is in the making and it cannot be crystallized.

The story picks up right were EVANGELION 3.33: You can (not) redo., left off at. Much cannot be said about the plot besides that the story is completely original. Any similarities in our fan manga to the official movie by Khara is entirely coincidental. Scripts were written long before the films hit theaters.

EVANGELION: AMEND is set in the year 2029 A.D., it follows the story of a 14-year-old boy named Shinji Ikari who brought about near world extinction known as an “Impact” by his father who manipulated him into piloting an artificial humanoid mecha called “EVANGELION”

Shinji witnessed his newly found friend die right before his eyes and caused a near-Impact. He now lost the will to live and the world despises Shinji for what he’s done to the world, causing it a living hell.

Can Shinji amend his mistakes and save the world from total annihilation? Find out on EVANGELION: YOU CAN (NOT) AMEND. 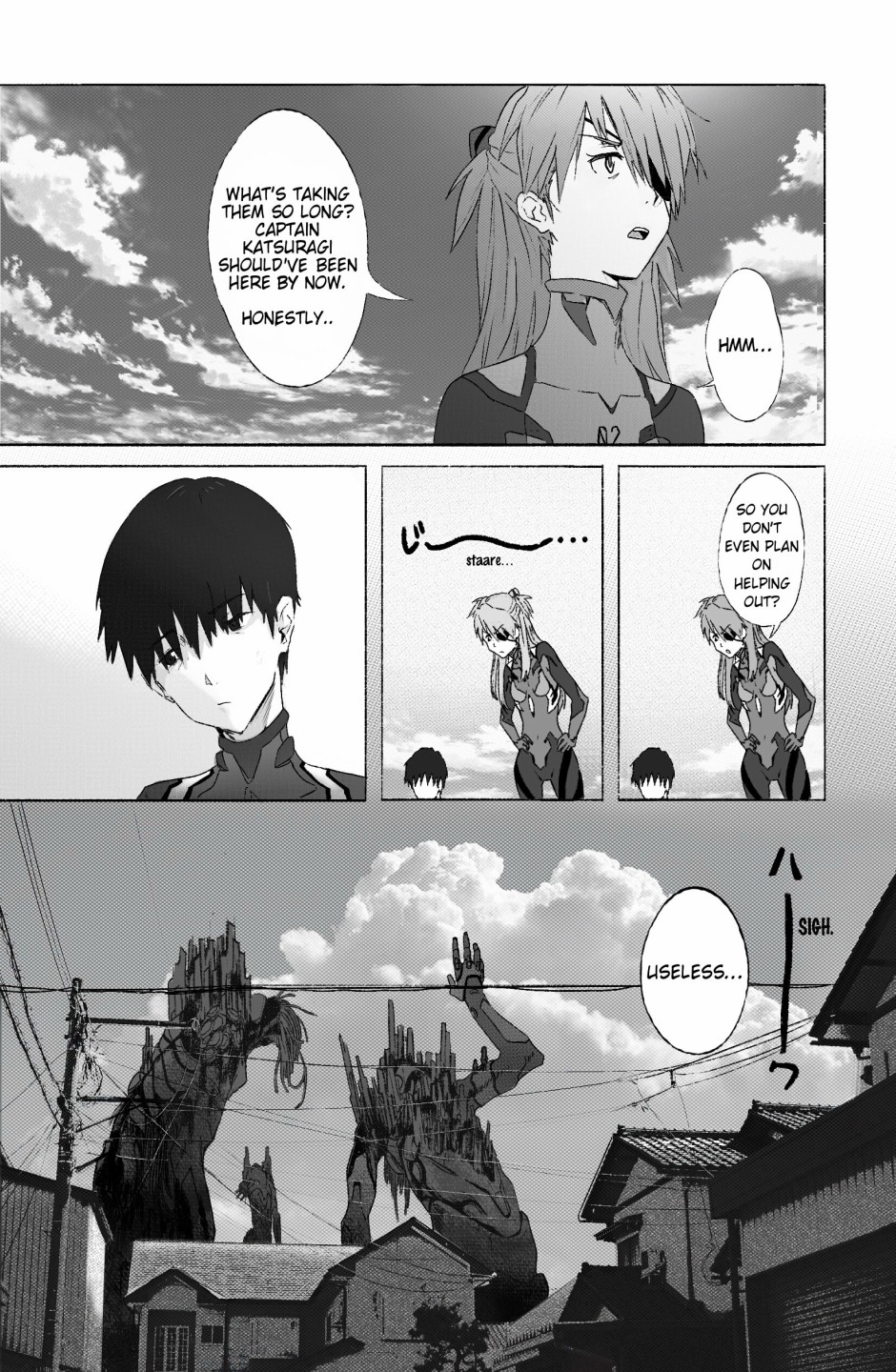 Read EVANGELION: You can (not) amend online!